A few days ago I returned from the most amazing vacation I’ve ever had—eight days of hiking in Yellowstone and Grand Teton National Parks, without cell phones or Wi-Fi. Those quiet days of exploring the breathtaking Rocky Mountain backcountry left me in a state of awe and serenity, that is, until I parked our rental car in front of what was supposed to be the return location. The building was locked and vacant, there was no sign on the door, and the customer service hotline was no help. In fact, they knew nothing about the location. An image of me missing my flight because I couldn’t return the car flashed across my brain, and instantly I was boiling with anger. I could hear my pulse pounding in my ears.

Maybe you know the feeling? Do you also know the impact anger (or other strong negative emotions) can have on your heart?

Recently I read an interesting study in which researchers from Carnegie Mellon University, Pittsburgh and University of California, San Francisco measured the impact of two negative emotions on heart rate. They asked 112 volunteers to take “a challenging math test that is difficult for most people.” Sure enough, the task wasn’t easy – count backwards by thirteens, starting from 45,829. Just try it! 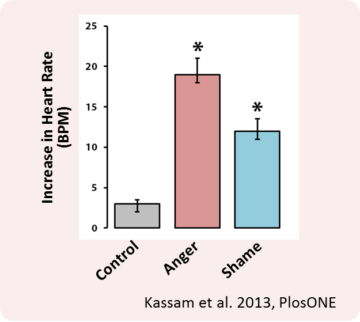 The experiment was designed to elicit anger and shame, and then measure the volunteers’ physical responses. If you were placed in the control group, in which no emotion was elicited, you completed the task alone in a room. If you were placed in either the anger or the shame variable group, a trained evaluator gave you negative feedback, informing you that you that “you performed poorly and your excessive movement interfered with measured signals.” Under the anger condition, the evaluators delivered the negative feedback in a way that made them sound annoyed and incompetent. Under the shame condition, the evaluators gave the same negative feedback, but in a warm, matter-of-fact tone. 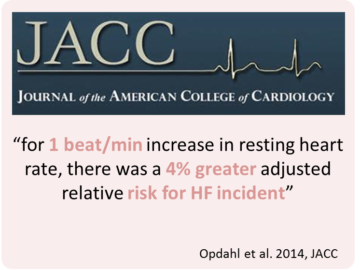 Think about the implications. If such an unimportant thing as a negative feedback on your performance in a voluntary study can cause your heart to respond so strongly, what is the cumulative effect of the real day-to-day stress of traffic jams, rude costumers, parking tickets, and flight delays?

So next time you feel yourself getting upset, ask yourself if it’s worth stressing your heart over.

P.S. I owe my heart an apology! The rental car agency had postponed moving from their old office to the new location for few days. They sent an e-mail to let us know, but we were hiking across Yellowstone, offline. As it turned out, we returned the car to their old location and easily made our flight. 🙂